FIBA 3X3 UNITES Utrecht Challenger 2021 is coming to the Netherlands. Dutch Olympians 3X3 basketball on display at the Jaarbeursplein in Utrecht on September 19 and 20.

After the success of the 3X3 Basketball at the Tokyo Olympics, the best players in the world - including the Orange Lions - are now coming to Utrecht. On September 19 and 20, 3X3 Unites will organize a FIBA ​​Challenger in a unique 3X3 stadium, where all visitors can enjoy 3X3 at the highest level thanks to their own skybox. Ticket sales start Friday 13 August.

The Jaarbeursplein in Utrecht is the stage for the 3X3 Unites Utrecht Challenger on the third weekend of September. The end of a summer full of 3X3! Summer kicked off in June with the 3X3 Street League for participants from across the country. Followed by the 3X3NL Tour and 3X3 PRO Cups.

The winners of the 3X3 Pro Cups will have the opportunity to measure themselves in Utrecht with the world's best, including the Olympic men of TeamNL. Exactly how it works in 3X3: from the street to the world top.
Captain of TeamNL, Dimeo van der Horst, is delighted that he can finally entertain the Dutch public live again with his Team Amsterdam. “Over the past few years, we have played tournaments around the world to prepare for the Tokyo Olympics with a 5th place finish. We have made many steps as a team and are excited to show what we are capable of in a full stadium in Utrecht.” 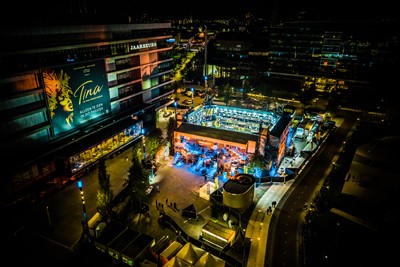 The main sponsorship is the next step in the collaboration between Paul Meijering Stainless Steel and 3X3 Unites. Who previously worked together on the Dutch 3X3 PRO League in 2019.

Since the 3X3 PRO League 2019, Paul Meijering Stainless Steel and 3X3 Unites share the ambition to organize a unique international 3X3 event in the Netherlands. “In everything we do, we try to offer young people and 3X3 players perspective and stimulate their entrepreneurship. Top sport plays an important role in this.” says Mark Schuurman, co-founder of 3X3 Unites. “Young people see the perspective for development through this event and find their next challenge in it. One is inspired as a player, the other as a co-organizer of this event. Paul believes in what we want to achieve with 3X3 as a means of development. We are extremely grateful to Paul and his wife Conny for their confidence in 3X3 Unites.”

After experiencing Sportworx's unique stadium in 2020 during King of Court 2020, Paul Meijering Stainless Steel and 3X3 Unites decided that in 2021 this had to become the safe and unique location to realize their ambition. On September 19 and 20, all basketball fans from the Netherlands can enjoy this.